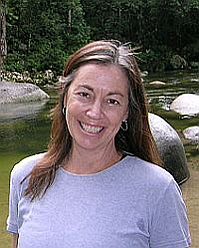 VIRGINIA SCHARFF has always been fascinated by the history of American women. Her scholarly publications include Twenty Thousand Roads: Women, Movement, and the West (2003); Taking the Wheel: Women and the Coming of the Motor Age (1991), two textbooks, Present Tense: The United States Since 1945 (1996); and Coming of Age: America in the Twentieth Century (1998); and the edited volume, Seeing Nature Through Gender (2003). Her academic honors include being named Beinecke Research Fellow in the Lamar Center for Frontiers and Borders at Yale University (2008-9), Women of the West Chair at the Autry National Center in Los Angeles, and a Fellow of the Society of American Historians. She was President of the Western History Association for 2008, and is considered one of the foremost historians of women in the American West writing today.

Scharff's current book, The Women Jefferson Loved (HarperCollins, 2010) is the first major study of Thomas Jefferson's female kin and intimate companions. In this book, Scharff puts Jefferson's free and slave families into the same story, and reveals how Jefferson's love for women shaped his ideas, achievements, and legacies. For the first time, Scharff gives us a Jefferson who belongs to all of us.

Scharff serves as co-curator of "Home Lands: How Women Made the West," an exhibition sponsored by the Autry National Center, which opened in Los Angeles at the Autry in April, 2010 and traveled to the Missouri History Center, the Museum of New Mexico, and the Gilcrease Museum. She also coauthored the companion volume to the exhibit. Writing and editing history books has kept her pretty busy. Still, she is also the author (under the name VIRGINIA SWIFT) of four mystery suspense novels set in the American West, featuring professor and country singer "Mustang Sally" Alder: Brown-Eyed Girl (2000), Bad Company (2002), Bye, Bye, Love (2004), and Hello, Stranger (2006).

A native of St. Louis, Missouri, Scharff was among the first female graduates of Yale. She has graduate degrees from U.C. Berkeley, the University of Wyoming, and the University of Arizona. She has lived all over the West, but currently resides in Albuquerque, New Mexico with her partner, the historian Chris Wilson. She is Professor of History and Director of the Center for the Southwest at the University of New Mexico.